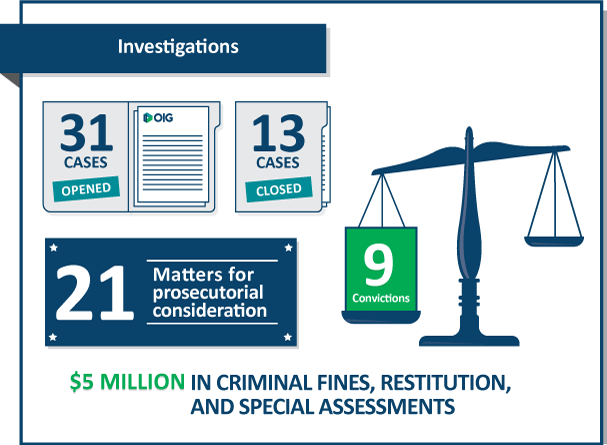 Former Executive of First NBC Bank Indicted for Bank Fraud and False Statements
A former senior vice president of First NBC Bank—the $5 billion New Orleans–based bank that failed in April 2017—was named in a superseding indictment for their role in an alleged fraud scheme totaling hundreds of millions of dollars and involving at least seven coconspirators. The defendant joins three other former First NBC Bank executives and a borrower named in the original indictment. The five defendants could face, for each of the dozens of charged counts, up to 30 years in prison, a fine of $1 million or the greater of twice the gain to a defendant or twice the loss to any victim, and up to 5 years' supervised release.

Former Bank Chief Executive Officer Sentenced to Prison for Falsifying Bank Records and Misappropriating More Than $1.6 Million
The former chief executive officer (CEO) of Border State Bank in Greenbush, Minnesota, was sentenced to 18 months in prison for making a false entry in bank records. The former CEO issued three unauthorized Standby Letters of Credit worth $1.6 million to facilitate the purchase and delivery of diamonds and gold from Africa, but did not report the letters to bank personnel, who would have logged them into the bank's general ledger where they could be tracked by regulators.

Former Whitaker Bank President Sentenced for Embezzlement
The former president of Whitaker Bank, a state member bank in Kentucky, was sentenced to 1 year and 1 day in prison after pleading guilty to embezzling or misapplying more than $50,000 of the bank's funds. The former president admitted to stealing property from a foreclosed country club and seeking reimbursement from the bank for personal expenses.

Business Owners Indicted for $7 Million Paycheck Protection Program Fraud
Two siblings were indicted and charged in New York with wire fraud conspiracy, bank fraud conspiracy, bank fraud, and engaging in monetary transactions with criminally derived property for their alleged participation in a scheme to file fraudulent Paycheck Protection Program (PPP) loan applications seeking nearly $7 million. They made numerous false and misleading statements about their companies' respective business operations and payroll expenses. To date, the government has seized over $400,000 of the more than $600,000 that the defendants obtained.